A History of Ireland for Learners of English 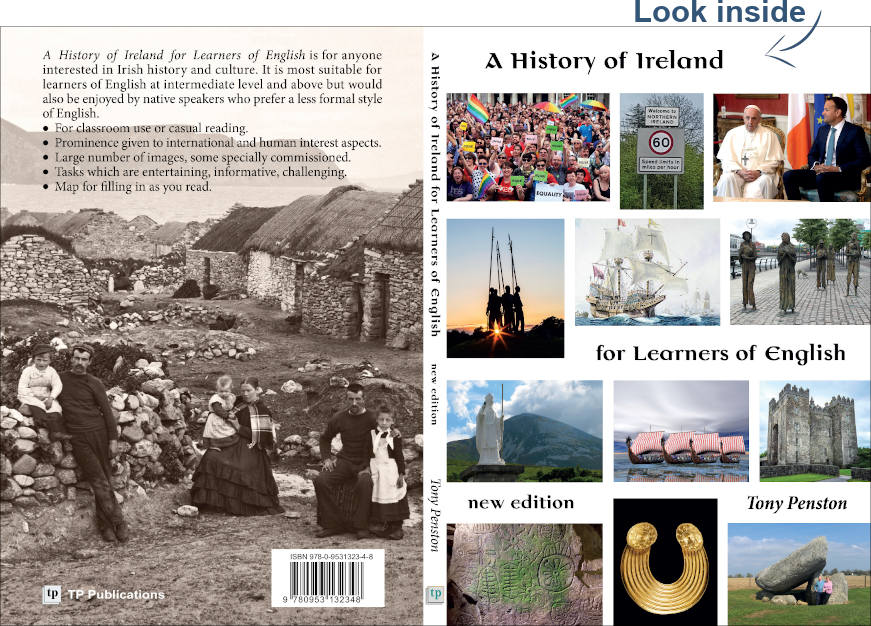 The new edition of A History of Ireland for Learners of English has an attractive cover which immediately engages the book browser. Inside, changes include not only a totally refreshed final chapter but also interesting additions, such as the Duke of Wellington's part in Catholic emancipation, the Famine victims' treatment in Canada, and Queen Elizabeth's visit to Ireland - the first by a British monarch in 100 years

The reading level is pitched at intermediate to upper intermediate (B1, B2 on the Council of Europe Framework), but especially in the later chapters more challenging vocabulary and structure may be met (C1 reading level).

Aspects of Irish history influenced by overseas nations (Spain, France, Germany, Italy) are given greater exposure than is the norm in Irish history books, in order to appeal to the more cosmopolitan readers of the English learning community.

A History of Ireland for Learners of English contains some material that is not usually encountered in Irish short history books. These include:

The visual element has always been a priority in Tony Penston’s teaching and teacher training. Not surprisingly, over 150 photographs and sketches are presented throughout A History of Ireland for Learners of English. Some of the more interesting ones include the following:

An informal photo of visitors at a Dolmen in Sligo, which is 700 years older than Newgrange. 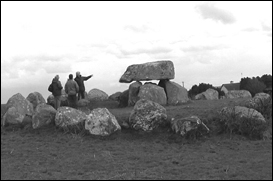 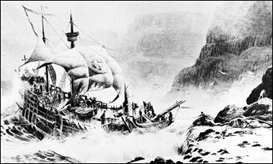 The capture of the French flagship La Hoche in Lough Swilly, 1798 (by kind permission of the National Maritime Museum, Greenwich). 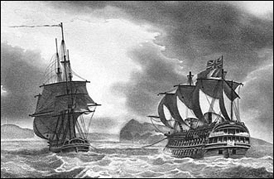 A family after being evicted from their home, late 19th century (by kind permission of the National Photographic Archive). 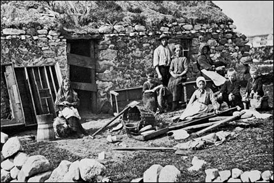 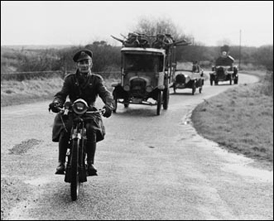 The Gaelic Revival chapter shows relevance to today’s Irish culture by the inclusion of a recent photo of an uilleann piper, Freddi Tekook from Germany, in a pub in Wicklow. 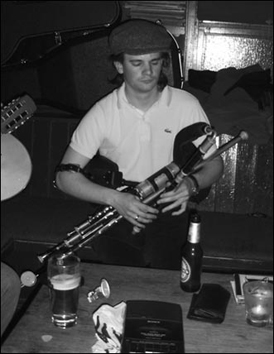 Also included in the The Gaelic Revival chapter is a recent photo of hurlers in action (photo by Sportsfile).

Also providing a connection with the past is this photo of Leonardo DiCaprio and Kate Winslet in the film Titanic 1997 (kind permission of AKG Images and 20th Century Fox). 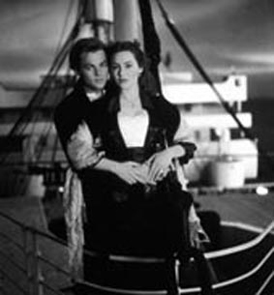 In keeping with the importance of the visual element, where an image of an event were not to be found we commissioned one:

The meeting of Hugh O’Neill and Pope Paul V in Rome (1607), sketched by Michael Kuntz. 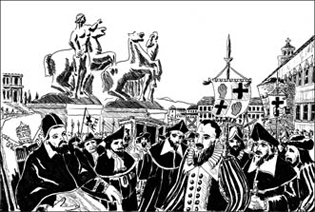 The wedding of Joseph Plunkett and Grace Gifford in Kilmainham Gaol (1916), sketched by Ciaran Augustine. 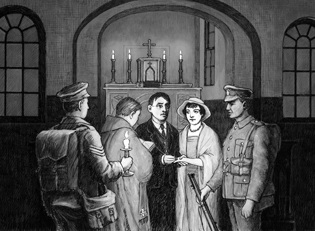 There is a centre-spread map of Ireland, also the work of the author, for filling in with name places as the reader progresses. Reading is more enjoyable when the reader knows the location of the places they are reading about.

A Short History of Ireland is unique. It’s not just a graded reader for learners of English – it can actually be enjoyed by native speaking adults and schoolchildren who need a less formal style of text.

There is an average of two tasks after each chapter, and there are five vocabulary review games throughout. The tasks are not of the ‘reading comprehension’ type, which the author feels would not be of high interest to the reader. Instead, many of the tasks consist of continued reading on a related topic, with gap-fills. There are also a good number of vocabulary matching tasks and some grammar review tasks, e.g. passive, modal verbs, conditionals. There are two challenging quizzes, one on St. Patrick and the other on the Gaelic revival (both very useful as an introduction to a talk/workshop on Irish culture).

Extract from the book’s Introduction

A History of Ireland for Learners of English can be used as classroom lesson or individual reading material. When used in lesson mode it is suggested that the teacher use the normal pre-reading (question posing, visuals) and post-reading activities (question games, discussion, role-play, projects). As individual reading the book should be used in a quiet period with just a dictionary to hand. For either mode it would be advisable to have a large map of Ireland and Western Europe on the wall.

Ideally the chapters should be read in sequence but of course they may be accessed as required with little or no detriment to understanding.

In the simplification process a certain licence has been necessary, for example terms such as ‘English army’, ‘leader’, etc, would otherwise require qualification. ‘Governer’ is used instead of ‘Stadtholder’, William of Orange’s official title in the Netherlands. Also, detail has had to be sacrificed to a certain extent, such as the historical geography and Irish names of the provinces, etc.

A little mixing of myth with fact has been indulged to allow a full treatment of Granuaile, ‘The Pirate Queen’, a personage not always rated for historical works but well worth a chapter in this book. However, all other figures and events have been reported with accuracy – even St. Patrick’s connection with the shamrock is deemed improbable!

"... interesting and informative… explains situations clearly and logically. The author strikes an excellent balance between readability and inclusion of relevant information… covers a fantastic range of topics… makes for entertaining and informative reading." Modern English Teacher

"... extremely well illustrated with historical photographs and maps… a pleasant mix of straightforward historical narrative and more personal stories... the text is interspersed with some fascinating and quirky facts." English Teaching Professional

""… so much more to recommend this book, the exercises (no boring reading comprehension questions), the many visuals, the map in the centre for filling in, the whole 'feel' of the book. It's very special." F. Verdonk, on Amazon